2Department of Biochemistry, School of Medicine, The University of Jordan, Amman, Jordan

© Copyright The Author(s). This is an open access article, published under the terms of the Creative Commons Attribution Non-Commercial License (http://creativecommons.org/licenses/by-nc/4.0). This license permits non-commercial use, distribution and reproduction of this article, provided the original work is appropriately acknowledged, with correct citation details.

The 5th annual symposium of the International Society on Aptamers, Aptamers 2018, was held in Oxford on the 11th and 12th April. We had a very diverse group of attendees and presenters from all over the world with representatives from both academia and industry. This year, the conference included a Lifetime Achievement Award presented to Emeritus Professor Dr Uli Hahn from the University of Hamburg and a very successful “Flash Talks” session.

The conference opened with excellent plenary lectures with a shared theme of Therapeutic Aptamers. Professor Nakamura (University of Toyko/Ribomic, Japan) updated the progress regarding an inhibitory RNA aptamer binding to chymase as a therapeutic strategy for myocardial infarction. Their group had completed investigations of this aptamer in a hamster mycocardial infarction model and had shown significant improvement in certain cardiac function parameters and survival relative to sham controls. Professor Williams (University of Reading, UK) showed excellent work investigating the application of aptamers in the skin. Despite the widespread consideration that larger macromolecules should not be able to pass through the stratum corneum, his group had shown that an RNA-based aptamer was surprisingly able to permeate intact stratum corneum. They had developed an RNA aptamer binding to IL-23, an important target for psoriasis therapy. The aptamer elicited a biological response in a human skin model of psoriasis as shown by suppression of IL-17 and IL-22 production. It was particularly exciting to hear the progress for these therapeutic aptamers in this session in divergent therapeutic areas.

The second session of the conference featured aptamers with modified chemistries. While significant work has been done using aptamers with modified backbones, we have seen more and more examples of modified bases being useful in the aptamer field. Indeed, all three of the session speakers focused on the unique properties and opportunities for base-modified aptamers. The first speaker was Dr Nebojsa Janjic, the CSO of SomaLogic. His talk focused on how the base modifications profoundly influence the pharmacology of DNA aptamers (Gawande BN et al, 2017). The second speaker, Dr Marcel Hollenstein (Institut Pasteur in France), presented several exciting projects ongoing in his lab (Röthlisberger et al, 2017) and with collaborators including the combination of base-modifications and backbone modifications in a SELEX library as well as the synthesis of a cubane-modified nucleobase that was successfully implemented in an aptamer selection with the Tanner lab (University of Hong Kong). The final speaker, Miss Dehui Kong (University of Georgia) presented her PhD work developing the LOOPER process (Ligase-catalyzed OligOnucleotide PolymERization) and how this process allows for the generation of diversely functionalized synthetic nucleic acid polymer libraries with 93.8 % fidelity (Kong et al, 2017).

The third session focused on aptamers as tools for targeting disease-specific molecules. Dr Helen Lavender showcased her work at Centauri Therapeutics UK, where they selected aptamers as the targeting element for a novel immunotherapeutics platform called ‘Alphamers’. These Alphamers were used to recruit natural immunity targeting specific pathogens or oncogenic molecules (Alshaer et al, 2018). Professor Maria DeRosa from Carleton University, Ottawa – Canada, described CNS specific aptamers under investigation in her laboratory. She showed interesting in-vivo results for the delivery of a dopamine aptamer in a mouse model of cocaine-induced hyperlocomotion (Holahan et al, 2011). She also presented DNA aptamers that prevent the fibrilization of alpha-synuclein monomer with a marked effect on its aggregation, and discussed potential applications for Parkinson’s disease. In the third talk, Dr Sarah Shigdar from Deakin University, Australia, delivered a presentation on “Aptamers for targeted therapeutic delivery”, with focus on cancer biomarkers, specifically the epithelial cell adhesion molecule (EpCAM). She used aptamers targeting EpCAM for specific delivery of chemotherapeutics to tumour cells both in vitro and in vivo, and showed targeted delivery of chemotherapeutics to brain metastases (Macdonald et al, 2017).

This year saw the introduction of a new feature to the conference, flash talks from some of our poster presenters. In total, we had presentations from 11 of our poster presenters, representing Belgium, Germany, Hungary, New Zealand, Poland, Saudi Arabia, and the USA. Atheer Al-Otaibi developed a biosensor for the detection of antibiotics that has the potential to detect antibiotics in agricultural crops from fertilisation. Adrien Bousseboyle discussed the optimised selection strategy for selecting structure-switching aptamers. Stella Givanoudi developed aptamers against histamine, cadaverine and putreecine to detect the freshness of seafood. Muslum Ilgu determined that 2-aminopurine substitution affects binding affinity, possibly due to structural dynamic changes. Jeannine Jӓger developed aptamers to fluoroquinolene, an antibiotic, to detect their presence in food and generated a biosensor for rapid detection. Przemyslaw Jurek looked at introducing natural and unnatural modifications to enhance binding properties of aptamers and increase the chemical space coverage. Peter (Shiwei) Li developed a fluorescent-imaging assay for determining binding affinity using sepharose beads that was very accurate and reproducible, as well as fairly simple. Amir Nasiri presented the automated aptamer development platform that has been developed at the Center of Aptamer Research and Development (CARD). Marit Nilsen Hamilton has developed drug binding aptamers for growing intracellular numbers (DRAGINs) which take small molecule ligands into the cell, or ‘drag’ them in. Ayesha Siddiqua described the selection of aptamers using gold electrodes as the solid matrix for SELEX in an electrochemical assay. Zoltan Tolnai described the selection of aptamers to brain natriuretic peptide to develop a pro-BNP specific sandwich assay. This session went very well and we will be continuing this in future years.

APTAMERS FOR DIAGNOSTICS, SENSING AND IMAGING-I

The first session on the second day started with Dr Marcus Menger (Fraunhofer Inst for Cell Therapy and Immunology) presenting his semi-automatic in-vitro selection and characterization suite employed for therapeutic anthracycline aptamers. Dr Menger outlined the screening approach, which involved partial automation with select monitoring steps for rational management of the selection conditions to give the highest likelihood of success. Interventions included next generation sequencing with diversity analysis (Schütze et al, 2011). We next heard from Dr Laura Cercia (Istituto per l’Endocrinologia e l’Oncologia Sperimentale, G. Salvatore) who presented her latest work in theranostic aptamer systems for triple-negative breast cancer metastases. The aptamer, previously selected against glioblastoma and found to target Platelet-derived growth factor receptor β (PDGFRβ) was found to be effective in labelling both tumor and metastases from triple negative breast cancer, as well as hampering invasive cell growth (Camorani et al, 2014). Our final speaker of the session was Dr Guozhen Liu (University of New South Wales) who described her work marrying nanotechnology with aptamer-based recognition for monitoring cytokines. After a general look at aptasensing of cytokines and the need for in-vivo detection, Dr Liu focused on her work using graphene quantum dots. Intracellular detection of IFN-γ in live cells and in real time was achieved using confocal imaging with negligible cytotoxicity observed (Liu et al, 2017).

APTAMERS FOR DIAGNOSTICS, SENSING AND IMAGING-II

Julian Tanner, University of Hong Kong, PR China, reported on several exciting ongoing projects in his laboratory. As one example, they have developed a sophisticated malaria diagnostic chip for point-of-care diagnosis. The aptamer targets the pathogen specific lactate dehydrogenase (LDH) (Fraser et al, 2018). Vessels are produced by a 3D printer and would allow that an iPhone app could be used for remote malaria diagnostics. Marimuthu Citartan, Universiti Sains Malaysia, Malaysia, presented an interesting topic: “Stabilized RNA aptamers against dengue virus 2 NS1 glycoprotein towards RNAaptanostics”. So far, promising aptamers have been selected and characterized. Their binding properties were not significantly impacted by modifications to increase the stability to nucleases.

This session started off with a talk by Professor Beatrix Suess who presented her work on the TetR-binding RNA aptamer and how it can be used to reversibly control gene expression (Atanasov et al, 2017). Anna Weber (University of Bonn, Germany) talked about her studies on developing a light dependent aptamer photoreceptor system. Aptamer selection was performed against the LOV photoreceptor protein. Two aptamer motifs were isolated: one that binds in blue light the other binds in both light and dark. These motifs were successfully put into the 5’UTR of E. coli in order control translation in a light-dependent manner. Finally, Shalen Kumar (Victoria University of Wellington and AuramerBio Limited, New Zealand) talked about two DNA aptamers, an estradiol binding aptamer and a bisphenol A (BPA) binding aptamer (Alsager et al, 2015). Both of these small molecule-binding aptamers were selected with the ligand conjugated in such a manner as to maximize functional group exposure. The BPA aptamer is particularly interesting in that it appears to have little secondary structure while possessing a high affinity in the nanomolar range.

The last session that also focused on aptamer applications and innovations, was opened by Professor Philip Johnson, York University, Canada. He presented the concept of an aptawire formation in which the cocaine aptamer is split in two overlapping strands and assembles into an extended multimer upon ligand binding. Such aptawires hold enormous potential for their use as RNA scaffolds for, e.g., the orchestrated arrangement of RNA-binding proteins that enables subcompartmentation in the cell. Benat Olave from the University of the Basque Country, Spain, then described the effect of non-conventional ionic solvents on the structure and functions of aptamers and discussed the potential of nucleic acids in ionic liquids or deep eutectic solvents for sensing, separation or bioconversion. The session was concluded by an entertaining and interesting lecture by Dr Philip Webber, a European Patent Attorney, who gave an insight into the possibilities of patenting nucleic acids in general and aptamers in particular and discussed question like “Is my invention novel or of some industrial use?” or “What are patenting criteria currently being applied by the US and European Patent Offices?”. 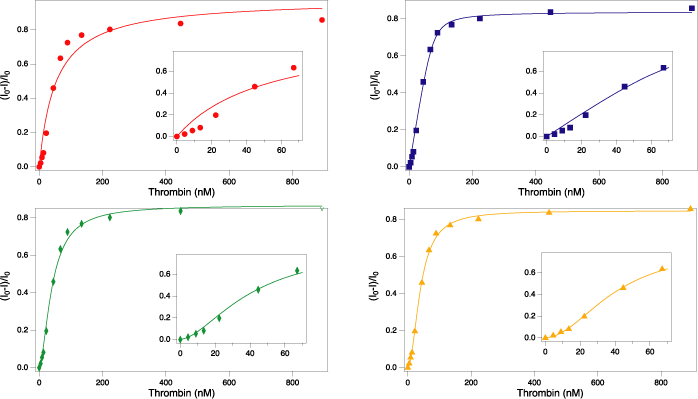